I stand as a pro-choice candidate, it is always a woman's choice, it is her body.

Economic inequality affects everything from the education of our children, to providing basic needs for our families.  I will fight in Congress by supporting, and drafting legislation designed to lift up small businesses, and equalize pay for women, minorities, and all-American citizens.

On the 2nd Amendment, my policies are for the safety of all American Citizens.  I want regulations and legislation passed that protects Americans from senseless gun violence.  (Read More)

Protecting the Right to Vote

I will fight against voter suppression laws in any form or shape. (Read More)

I hope one day America can transition into a single payer healthcare system, until that time I will support the ACA, and fight to lower the Medicare Age to give more in the US access to healthcare. I will work hard in DC on healthcare, fighting to lower prescription drug prices.  I believe it is time for a single payer healthcare system in America.  I will fight so every American can have health insurance one day. (Read More)

A top priority in my campaign is protecting the great lakes, and our climate.  I will fight to make sure legislation is passed to protect the climate crisis in America. (Read More)

I will fight so every American can receive a higher education at no cost one day in our country.  This legislation is possible, and has been implemented by Governor Whitmer in Michigan, regarding programs centered around community colleges.  I believe it is possible to get this passed, without raising taxes on anyone making under $400,000 a year.  (Read More)

As someone that wanted to dedicate his life to law enforcement, I fully acknowledge criminal justice reform is needed in America to reduce systemic racism, and keep our communities safe, by making sure those meant to keep us safe, are safe. (Read More)

Decriminalization of Marijuana at the Federal Level

I believe Marijuana should be decriminalized at the Federal Level.  I will always support legislation that proposes this platform. (Read More)

I will fight to have student loans forgiven in America. (Read More)

I think a $15 minimum wage should be passed in the United States of America.

I am the son of an immigrant, and first generation American on my father's side.  I will fight for Immigration policies that protect every United States Citizen. (Read More)

I will work hard in Washington to protect our seniors, and lower the Medicare age in America. (Read More)

Rooting out Corruption in Government

Government corruption at the local level is a huge problem in America.  I will fight hard to make sure those elected to office, are fit to serve in the office they are elected to fill. (Read More)

I will work hard at the Federal Level to pass legislation that protects our water supply to reduce the use of dangerous chemicals or find alternatives to these chemicals. (Read More)

Energy Independence of the United States

The digital divide is very real in America, and it is especially damaging in rural communities.  As a portion of my district is rural, I have been thinking up solutions to solve the digital divide in communities, where access to broadband is more difficult to attain. (Read More)

I was raised by soldiers on my father's side of the family.  I care deeply about the future of veterans in America.  I will work tirelessly to improve the quality of life, improve veteran's healthcare, and improve their access to education, training, and jobs. (Read More)

I want to start by saying I support legislation that has been introduced, which decriminalizes anything that reduces violent crime. 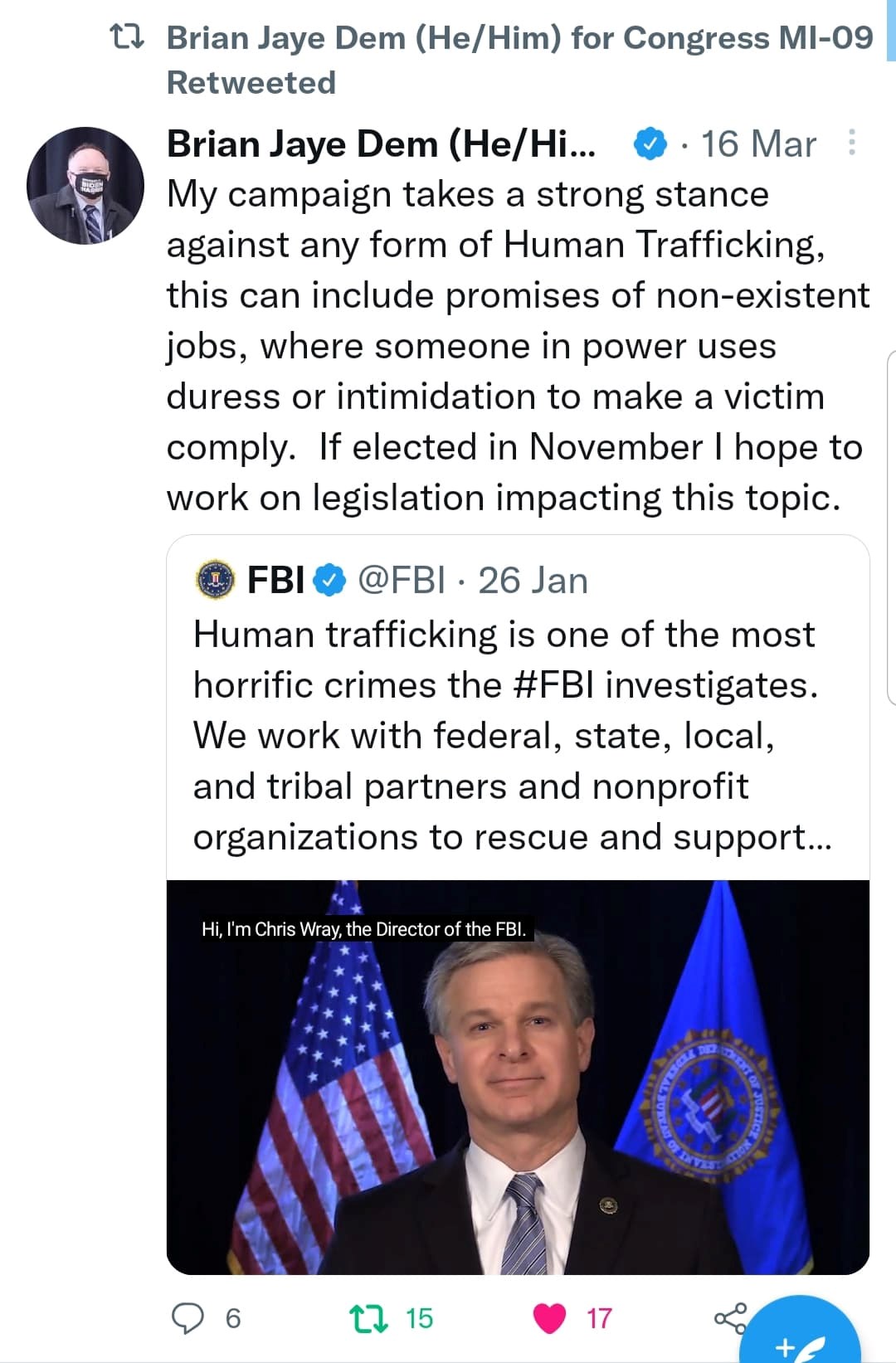